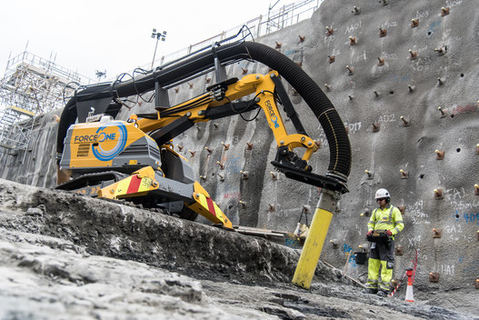 The 50:50 joint venture will work across both proposed Hinkley Point C units to deliver the critical infrastructure that will power the station and its operations, creating 1,000 jobs including many specialist engineers.

Balfour Beatty Bailey will deliver a lasting local legacy with a significant proportion of the new workforce recruited locally, 60 local apprenticeships and, training commitments and partnerships with local colleges.

"We are delighted with today’s news. Our involvement in this project will allow Balfour Beatty Bailey to become a leading team in the nuclear new build arena – a sector in which both companies have extensive experience, having both worked on the first nuclear power station to be built in the UK at Calder Hall and, the last, at Sizewell B."

Balfour Beatty Bailey’s six year project is expected to commence in 2016 with design work and the construction phase in 2017 and full contract award anticipated for 2016, subject to the Hinkley Point C final investment decision.

Hinkley Point C, which will be located on the North Somerset coast, will be the first nuclear power station to be built in the UK for 20 years. The two new nuclear reactors that form the proposed Hinkley Point C will provide reliable, low carbon electricity to meet 7% of UK demand.